You are here: Home / Amazing Tips / 12 Fruits Richest in Selenium

Selenium is a mineral that is required by the human body to preserve good health. Although needed in small amounts, it is essential to the well being of a person. It is said that selenium may help protect against free radical damage and cancer.

A deficiency of selenium in the body could cause hypothyroidism, weaken the immune system and may also lead to the development of a form of heart disease.

Selenium deficiency, however, is not believed to cause illnesses, but it can increase the chances of acquiring certain illnesses as the body’s immune system becomes weak, therefore more susceptible to various forms of ailments. 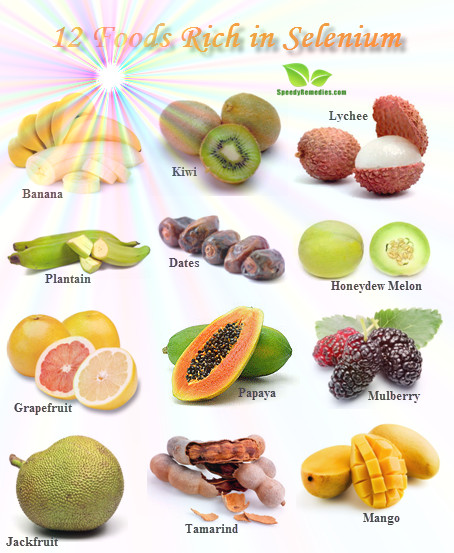 There are supplements available to provide for selenium in the daily diet. Nevertheless, it is considered better if selenium is incorporated in the daily diet by eating selenium rich foods. There are about a dozen fruits that are richest in selenium. The current daily value for Selenium is around 70mcg.

There are a whole lot of other fruits that are a good source of selenium like guava, pomegranates, cranberries, breadfruit, blackberries, strawberries, etc.

However, the amount of selenium present in a food majorly depends on the soil it was cultivated and grown in. If consuming dried, or pulped version of a fruit, do check the label for the correct values of its components.