It has been used as a traditional herbal medicine since centuries. The Philippine Department of Health, too, has included lagundi in its list of 10 medicinal plants with clinically proven medicinal values.

Lagundi is native to the Philippines, in fact it is usually seen in swamps in the Philippines. It grows in tropical, subtropical, and warm temperate regions of the world.

The palmately leaves, blue to lavender-colored flowers, root and seeds of this shrub, all have healing properties. The root, for instance has tonic, expectorant and febrifuge properties. In addition, the fruit has nervine, cephalic, aphrodisiac, and emmenagogu properties; when dried it is considered a vermifuge. 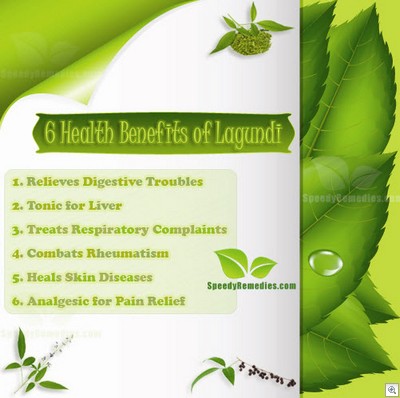 The best way to use this herb is to have it in the form of an herbal tea or concoction. For this, you need to boil one cup of lagundi leaves, whether fresh or dried, in four cups of water for 10 to 15 minutes, let it steep and then strain the liquid. You can also use other parts of the plant like the leaves, root or seeds to prepare the decoction.

It is generally recommended to drink one-half cup of this lagundi tea three times a day. Store the remaining solution in a glass container for future use. Continue the treatment for about one week. Though lagundi has not been found to cause any side effects still, make sure to consult a medical professional before starting this or any other herbal treatment.

If you cannot get fresh lagundi leaves, flowers or root then you can get this herb in the form of capsule and syrup at the drug stores. Furthermore, you may find similar preparations from this herb through naturopaths, or practitioners of herbal and alternative medicine.