You are here: Home / Amazing Tips / All You Need To Know About Vegan Cheese

What do you mean by Vegan?

Veganism is a term meaning ‘non-dairy vegetarianism’. The term ‘vegan’ was first used in England in the year 1944, by Donald Watson, who is also the co-founder of the Vegan Society.

The society was founded on 1st November which is now celebrated as Vegan Day. People following Veganism follow a strict vegetarian diet and refrain from the consumption of all dairy products as well as eggs.

In other words, veganism is ‘the doctrine that man should live without exploiting animals’. Vegans, in addition, do not use any animal products or by-products, be it honey, wool, leather, fur, silk or soaps and cosmetics manufactured using animal products.

What is Vegan Cheese?

Vegan Cheese is basically a non-dairy cheese. It is made from plant foods. This kind of cheese does not include rennet which is an extract from the stomach of animals, used in making cheese. 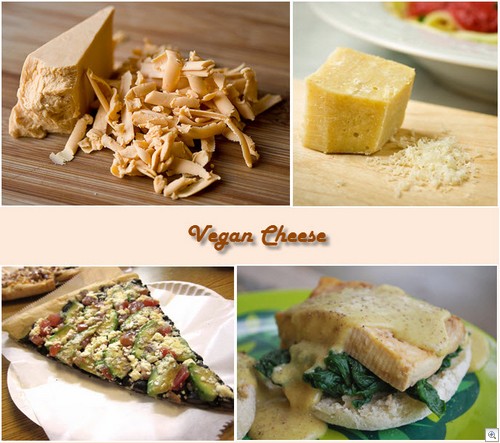 What is Vegan Cheese made of?

There are many different brands which provide for different basic ingredients. As vegan cheese is plant-based, it can be made from solidified vegetable oil, soy protein, tapioca flour, pea protein, natural enzymes, vegetable glycerin, arrowroot, assorted bacterial cultures, and nutritional yeast and from nuts like cashew, almond, macadamia, etc.

Why do people eat Vegan Cheese?

People may choose to eat vegan cheese due to various reasons; for example, if they follow a vegan lifestyle which can be because of health reasons, for the preservation of the environment, or for ethical/moral reasons.

They may choose vegan cheese, in particular, if they are lactose intolerant and thus, sensitive to milk and dairy products.

What are the benefits of Vegan Cheese?

For those of us following a vegan diet, vegan cheese is probably one of the best sources of protein. As it is a non-dairy cheese it contains considerably less amounts of saturated fats. Plus, it is cholesterol-free.

Mostly it is free from preservatives and has fewer calories. It is also said to lower the risk of developing heart disease and type 2 diabetes.

What are the different types of Vegan Cheese?

Things to be Kept in Mind when Buying Vegan Cheese