You are here: Home / Health & Diet / Are You Addicted To Caffeine?

Although caffeine is known to improve your alertness and concentration, it can create a pattern of dependence, thereby leading to caffeine addiction. It is mostly present in beverages like coffee, tea, and even energy drinks.

Plus, chocolates and cola drinks also contain caffeine. It is present in certain medications, like Excedrin, too. Basically, caffeine is a stimulant that alters your mood and behavior.

It triggers a stress response giving rise to excess neuron activity, which in turn, leads to the secretion of adrenalin which puts your body in a flight-or-flight reaction mode. 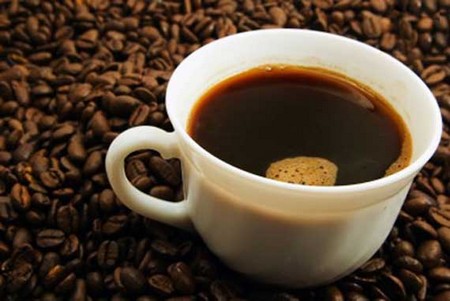 When the effects of caffeine wear off, you tend to feel fatigued, irritated, restless, and confused. Thus, prolonged intake of caffeine or caffeine dependence can cause adrenaline exhaustion.

Furthermore, it can make your heart rhythms irregular, and worsen anxiety disorders. In addition, some individuals are more sensitive to stimulants than others.

As this stimulant works like a psychoactive drug, having developed caffeine dependence you also need to increase its dosage with time to keep the body on a caffeine high as your body gets accustomed to the amount that you are already taking.

Thus, signs and symptoms of caffeine withdrawal usually appear when you avoid taking caffeine, especially after 12 to 24 hours.

Headache, nausea, vomiting, lethargy, muscle stiffness, temporary feeling of depression, difficulty in concentration, irritability, insomnia, drowsiness, etc. are some of the most common problems that you are likely to experience when abstaining from this central nervous system stimulant.

These symptoms may remain for almost two to nine days. The extent of these symptoms, nevertheless, may differ from one individual to another. Consequently, some people may have mild symptoms whereas others may be troubled severely.

Therefore, it is recommended not to consume caffeinated beverages, particularly coffee, in excess. However, you may drink about two to four cups of coffee in a day to speed up your brain and nervous system.

In fact, taking caffeine in moderation can have protective effects as well because it tends to decrease the chances of developing certain types of cancers.

The amount of caffeine that you take, though, depends on the way your coffee is made, the duration for which it is brewed, and the type of beans used. Interestingly, decaffeinated coffees, too, contain traces of caffeine (2 to 4 mg in a cup).

On an average, you can consume about 100-200 mg of caffeine per day. Caffeine intake, however, should not exceed 600 mg. Exceedingly large doses of this stimulant can prove to be toxic.