Bronchitis refers to a condition when the lining of the bronchial tubes gets inflamed or swells up. The bronchial tubes carry the airflow from the trachea to the lungs. It is a respiratory disease and causes symptoms like cough, chest tightness and shortness of breath. It is often accompanied by the formation of yellow-grey mucus. Bronchitis can be of two types namely, Acute Bronchitis and Chronic Bronchitis. Out of these two types the former one is more common. It usually takes place due to cold and flu and does not require much medical attention as it is a self limiting disease and hence tends to heal on its own. 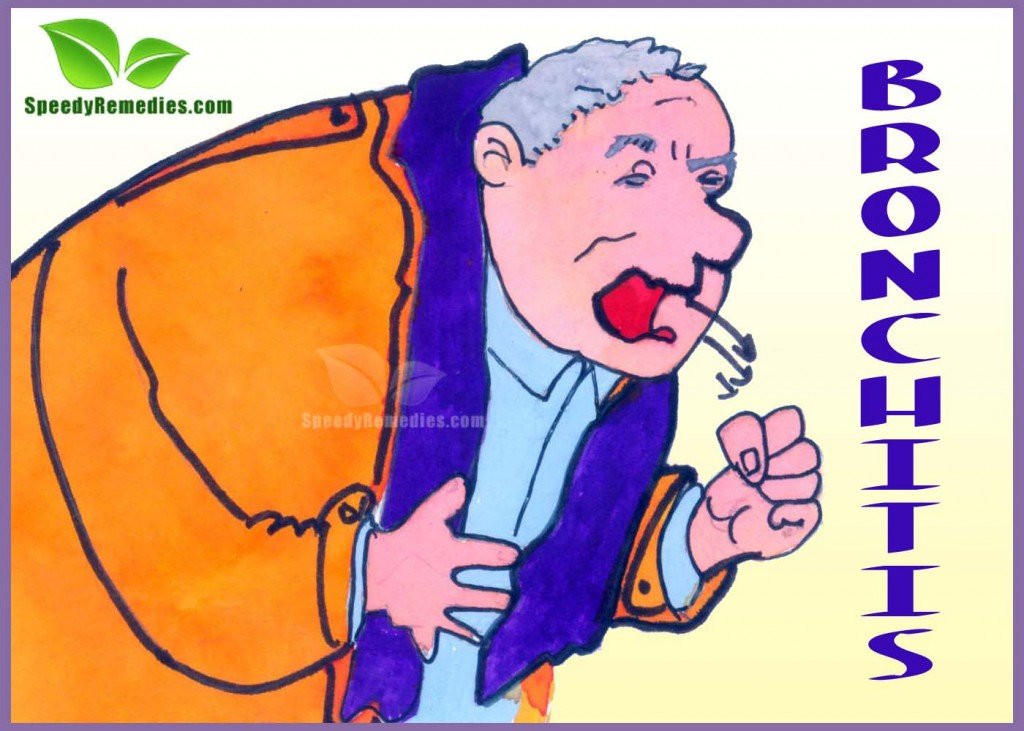 On the other hand, Chronic Bronchitis can be associated with Chronic Obstructive Pulmonary Disease (COPD). Chronic Bronchitis is a serious recurring condition and is mostly caused by smoking. It makes the sufferer more vulnerable to bacterial infections of the airway and lungs, for example Pneumonia. When this inflammation occurs in Asthma patients, it is known as Asthmatic Bronchitis. People tend to take cough suppressing medicines for immediate relief but some such medicines worsen the situation by meddling with the mucus. Same is the case with antibiotics. Therefore, it is better to stick to natural home remedies for Bronchitis to cure it as naturally as possible without any side effects.

Causes and Symptoms of Bronchitis

The most common cause responsible for causing Bronchitis is viral infection. Bacterial and fungal infections can also be blamed for the same but to a much lesser extent. As for Chronic Bronchitis, cigarette smoking is the primary cause of the disease. Other factors include air pollution and other lung irritants and cold air. Industrial pollution prevalent in coal mines, metal molding factories, grain and textile mills increases the risk of the people working in such places to develop this disease. A weak immune system can also be attributed to such respiratory diseases. Repeated attacks of Acute Bronchitis pave way for Chronic Bronchitis.

Acute Bronchitis is generally accompanied by an upper respiratory tract infection. It usually starts with symptoms like running nose, sore throat and sinus infection. Other symptoms include cough, general illness, fatigue, headaches, body aches, presence of a wheezing sound when breathing, shortness of breath, chest congestion, mild fever and chills. As Bronchitis is an caused by infections, the most obvious remedy in this regard would be to stay away from infections by not sharing food, cups, glasses, or eating utensils with an already infected person, washing hands frequently and giving up smoking.

Drinking plenty of water or fluids is an effective way to wash away the mucus. The diet should constitute a proper mix of fresh fruits, vegetables, grains, seeds and nuts. Generally, spicy foods are not considered good for health. But one is allowed to have such foods in order to get rid of the mucus. Lemon tea is also beneficial in the treatment of Bronchitis. Consuming vegetable juices especially, a combination of carrot juice and spinach juice is also a healthy option. Foods rich in manganese, particularly pears, nuts and beans are valuable as they facilitate the healing process. Until the disease is completely cured, it would be wise to resist the temptation of eating unhealthy mucus forming foods like white sugar and its products, white flour and its products, refined and packaged foods, and many non vegetarian foods.