Jaundice( Yellow Fever) make the scene from the French word, jaune, meaning yellow, as jaundice is the yellowish discoloration of dermis, conjunctival membrane covering the sclerae ( white part of eye)  and mucous membranes, as a consequence of increased level of bilirubin in blood, typically 3 times of the normal amount.

Bilirubin is the yellow colored pigment, which is formed as a result of breakdown of heme, a constituent of hemoglobin, oxygen transporting substance of blood and of red blood cells i.e. RBCs. It is carried by the blood to the liver for its proper processing in it, which is further excreted as bile, for the purpose of emulsifying fat in upper parts of smaller intestines and doing away with waste substances like bilirubin and excess of cholestrol. 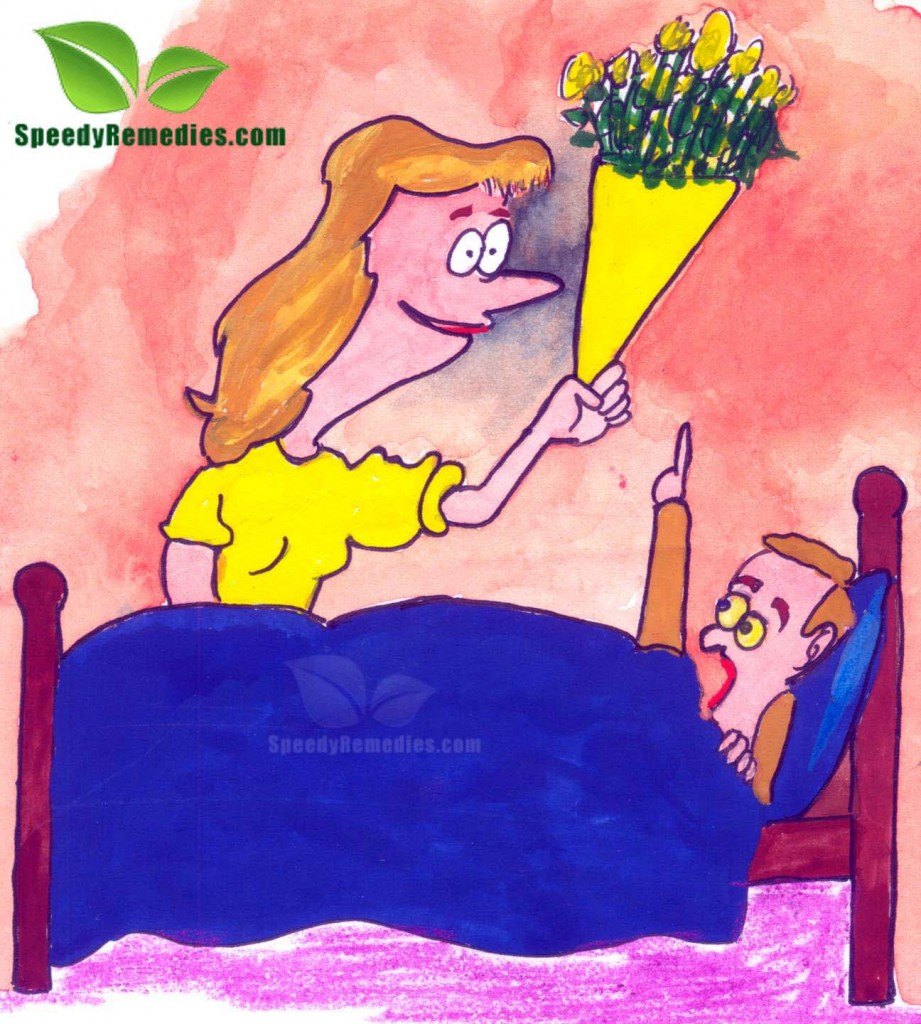 Basically there are three kinds of jaundice, i.e. Pre-hepatic, Hepatic and Post-hepatic, which are classified on the basis of their root causes, which are as follows:
• Excessive production of bilirubin for the liver to carry off, like in case of hemolytic anemia, which involves greater red blood cells’ destruction leading to Pre-hepatic.
• An irregularity in the functioning of liver, which leads to hinder in the removal process of bilirubun from blood or its discharge as bile, giving rise to Hepatic.
• Obstructions in the bile ducts that reduce the flow of bile and bilirubin from the liver to intestines, causing Post-hepatic, which can be make out by investigating blood and urine for Bile Pigment Test.
It influences the largest glandular organ of body i.e. liver, and can even prove lethal, if proper care and attention is not paid to it. Jaundice in contrary to normal conception is not a kind of indisposition, instead a kind of symptom hinting towards other kinds of diseases. Although yellowish color of skin and sclerae is commonly noticed, yet brown color is too observed in case of high level of bilirubin.
Thus, jaundice is not alarming itself by nature, but tends to indicate some or the other startling disease of the body, which is required to be diagnosed and treated well by the physician. Thus, read on further to know more about the jaundice including various advantageous natural home remedies for jaundice.

“Educating instead of medicating”, is the core issue, which needs to be focused on, by everyone in this world, as disease education is all about taking charge of your health by none other than you, and thus it becomes vital to know the main causes of different diseases. As far as jaundice is concerned, it too has certain number of causes, which are:
• Raise in production of bilirubin- Many anomalous conditions results in rise of production of bilirubin, like fast paced destruction of red blood cells (RBCs), defects in the formation of RBCs and absorption of considerable amount of hemoglobin.
• Severe infection of liver- Any kind of severe infection of liver, can interfere with the normal functioning of processing of liver or its function of secreting bilirubin.
• Deep-rooted liver diseases- Some deep-rooted liver diseases can give rise to cirrhosis and scarring, and finally ends up in causing jaundice. For example chronic hepatitis B and C, autoimmune hepatitis etc
• Infiltrative diseases of liver- Infiltrative diseases of the liver are those diseases, in which certain cells collect up in liver, which by their origin need not present in liver, as in case of cancer to the liver.
• Infirmities of bile duct- Certain inflammations cause infirmities of bile duct, leading to standstill of the process of flow of bile and removal of bilirubin, which includes primary biliary cirrhosis and sclerosing cholangitis.
• Obstruction of bile ducts- More common-place causes of obstruction of bile ducts include gallstones and pancreatic cancer. Uncommon causes include cancer of liver and bile ducts.
• Certain Drugs- Certain drugs have been also noticed in playing role in triggering inflammation of liver and bile ducts, and may even interfere with the proper function of liver and bile ducts, leading to accumulation of bilirubin in body. The best kind of such drug is estrogen.
• Genetic disorders- Some genetic disorders too account for triggering jaundice, most common being Gilbert’s Syndrome, which on an average affects 7% of population.

Although jaundice itself a big symptom, indicating towards some infirmities of body, yet, it too is supplemented by many other symptoms, which should be spotted in sunlight rather than artificial light. These include:
• Yellowish coloration of eyes color, urine, skin and tongue. In severe case of jaundice, this yellowish coloration is displaced by brown coloration.
• Reduction of appetite
• Dull ache in liver region
• Nausea, intense feebleness and severe constipation
• Pale brown feces and itching

Natural home remedies for jaundice is nothing new development in the field of medicine, instead it formed the integral part of earliest forms of medicines, so in reality it implies going back to roots itself.
• Radish leaves constitute one of precious natural home remedies for jaundice, which should be pounded well, to extract the juice. The adult patient is recommended to consume ½ half a liter of juice regularly, which will result in step-by-step reduction of disorder. In fact you can look forward to be hale and hearty in 8-10 days, provided you stick to the very favoring juice.
• Tomatoes’ juice taken early morning with a dash of salt and pepper can help you in rising above jaundice.
• You might not like eating snake gourd, but at least you will like its leaves, as they have been found to be effective in the treatment of jaundice. To make most of leaves of snake gourd, just take 15 grams of dry leaves and boil it in 250 ml of water. Thereafter prepare a decoction of coriander seeds in water by taking coriander seeds in 500ml of water, and boiling to the point until it reduces to 1/3rd of its original volume. The mixture should be taken in 30 to 60 ml with the decoction of coriander seeds daily, thrice times a day. Well it’s one of time tested natural home remedies for jaundice.
• The greenish leaves of pigeon peas, a leguminous plant, whose beans is better used as food, is found to highly effective in treating jaundice naturally. To put the leaves of pigeon peas to use, just extract the juice and consume it in the doses of 60ml everyday.
• A fine blend of almonds, dried dates and cardamoms, is considered to one of striking natural home remedies for jaundice. Thus, to make use of it, just take 8 kernels of almonds, two dried dates and five small cardamoms, and soak them in water overnight. Next morning, remove the outer covering of kernels of almonds and seeds of soaked dates, followed by the formation of paste of all the materials. Thereafter, just add 50gms of sugar/butter as per your taste, and lick this paste.
• Lemon is considered to be very impressive in treating jaundice; hence the patient must intake 20ml of lemon juice with water several times a day, as the mix will fight for the injured liver cells.
• The herb jaundice berry is found to be very efficient in the natural treatment of jaundice, and thus one of the fruitful natural home remedies for jaundice. It can be consumed either in the form of form of half a tablespoon crushed bark in the form of powder, numerous times  a day, or in the form of  liquid extracts in the range of 2-4 ml doses.

• Food which have tendency to ferment smaller intestines, must be avoided, like pulses and legumes.
• Increase consumption of fresh vegetables and fruits’ juices, with incorporation of Dandelion leaves, radish with leaves in raw vegetable salads regularly.