What is Restless Leg Syndrome?

As the name suggests, Restless Leg Syndrome mostly affects the legs, but it may also affect other parts like arms and torso as well. The disease may also be accompanied by another condition known as Periodic Limb Movement Disorder (PLMD) that causes involuntary jerking movements during sleep.

The condition is difficult to diagnose and treat. Still, apart from the conventional treatment, a number of natural home remedies for Restless Leg Syndrome home treatment have also been found beneficial in reducing and healing this condition to a great extent. 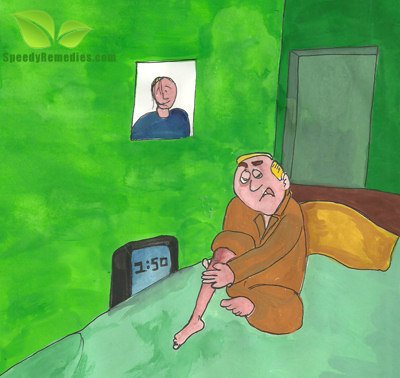 The exact cause leading to Restless Leg Syndrome is still not known. It is believed to be caused due to abnormalities in the brain chemicals or parts of the central nervous system that regulate muscle movements and automatic movements respectively.

In certain cases, pregnant women may also experience the symptoms of this disease during the last three months of pregnancy. However, the symptoms usually disappear with a few weeks after delivery.

The sensations causing the urge to move or shake the legs are often difficult to describe. They may range from mild discomfort, tingling and irritation to severe burning, itching or painful sensations occurring deep inside the legs.

Certain individuals also complain of creepy and crawly sensations, similar to the crawling of an insect or bug.
Middle aged or older individuals have been found to be more susceptible to this disease as compared to younger individuals.

Because of the persistent, strong urge to move the legs, Restless Leg Syndrome results in restlessness, floor pacing, tossing and turning in bed and sleeping problems like difficulty falling or staying asleep.

Consequently, it causes tiredness and decreased alertness during the daytime. As the condition is usually triggered at resting positions, it causes problems during air travels and long car trips as well. The symptoms tend to start during inactivity and improve with activity.

• Taking a warm bath before bedtime is one of the simplest natural home remedies for Restless Leg Syndrome. Cold baths are also beneficial in some cases.

• Massaging the legs and stretching the gluteal, calves and hamstring muscles before going to bed is one of the most effective natural home remedies for Restless Leg Syndrome.

• Yoga, acupuncture and meditation can also help in dealing with Restless Leg Syndrome and its troublesome symptoms.

• Although there is no scientific evidence, some people claim that placing a bar of plain soap in the bed (under the sheet) can help in getting rid of this problem.

Bananas, prunes, oranges and a variety of other fruit, vegetables natural juices are highly beneficial in this regard. Dietary changes should also focus on the restriction of alcoholic and caffeinated beverages.

Plus, avoid taking anti depressant, anti psychotic, anti nausea and other such medicines as they aggravate the symptoms. Moreover, moderate amount of exercise like walking helps in the natural treatment of Restless Leg Syndrome. However, the condition can worsen with excessive exercise of the legs.