You are here: Home / Health & Diet / How To Reduce Salt Intake To Control Hypertension?

It is considered dangerous because it can contribute in causing heart disease, kidney disease, and stroke because the increased pressure induces the heart to work harder, thereby causes serious damage to the arteries. If left untreated, it may damage the lungs and brain, too. 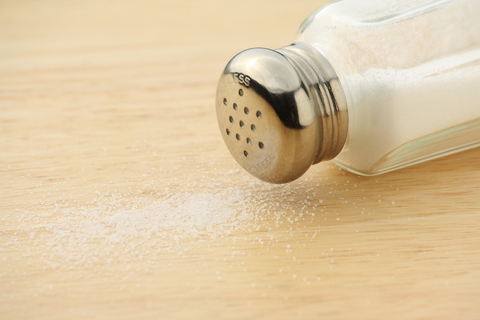 This common condition, however, is not easily diagnosed as it does not cause serious symptoms in most people. In fact, the signs and symptoms of high blood pressure tend to differ from one individual to another.

Nevertheless, this silent killer is likely to cause shortness of breath, anxiety, severe headache, nausea, fatigue, nosebleed, irregular heartbeat, blurry vision, dizziness, and loss of consciousness when the blood pressure is abnormally high.

The condition may be caused by issues like kidney disease, tumors, prolonged intake of contraceptive pills, or due to unknown reasons (Essential Hypertension).

In addition, sodium increases the blood pressure as it causes water retention in the body. Thus, apart from taking the necessary medications, it is essential to limit the amount of salt in your diet in order to control hypertension.

The American Heart Association, thus, recommends an intake of 1,500 mg or lesser amount of sodium per day. On an average a teaspoon of salt contains about 2,300 mg of sodium. Apart from salt, sodium is naturally present in various foods like celery, beets, milk, etc. in small quantities.

Plus, it is suggested that take a balanced diet and include a variety of fresh fruits, vegetables, and whole grains to manage hypertension and stay healthy. Besides, make lifestyle modifications by regularly engaging in physical activity and exercise.

How to Restrict Salt Intake

Interestingly, although it is believed that caffeine contributes in raising the blood pressure, it is not a proven fact as scientific studies have not found any such link. Nevertheless, restrict your caffeine consumption (coffee, in particular) as it should not be taken in excess.