It is a well-known fact that pepper benefits our health by improving digestion and preventing the formation of intestinal gas.

Besides, pepper (known as Kali Mirch in Hindi) is beneficial in reducing inflammation associated with rheumatic pains and arthritis. In addition, black pepper home remedies relieve sinus and nasal congestion.

This warm spice is mostly used as dried fruit (peppercorn), tincture and essential oil. It is native to India. Moreover, the medicinal herb has a strong, characteristic flavor and id often used for seasoning bland foods.

It comes in three varieties, that is, black, white and green pepper. White pepper, in particular, is the most pungent. 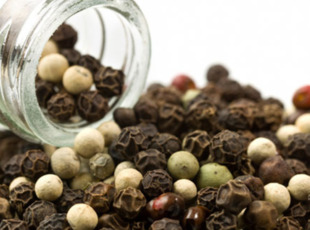 India and Indonesia are the major producers of black pepper in the world. It is also grown in Thailand, Vietnam, Malaysia, Sri Lanka, China and Brazil.

Its antioxidant properties help neutralize free radicals in the body and enhance the action of other antioxtants such as catalase, glutathione, vitamin C, vitamin E, etc.

Being a gastric stimulant, black pepper helps cure bloating, flatulence, diarrhea, cholera, colic, lack of appetite, nausea, and other similar health issues. Besides, it is believed that this culinary spice can assist in counteracting cancer development.

The main component present in this herb is a phytochemical called piperine, which impart it the characteristic spicy taste. Interestingly, when inhaled piperine present in this spice acts as an irritant in the nose and causes sneezing.

Nevertheless, it is this compound that is responsible for creating the numerous health benefits of pepper (Kali Mirch). It increases the bioavailablity of phytochemicals present in other spices and also works as a central nervous system depressant.

Plus, this warming herb boosts blood circulation. When used in an appropriate way, it can help heal fever as it increases perspiration. Moreover, pepper can be used for facilitating weight loss as it helps in the breakdown of fat cells.

Apart from this, black pepper essential oil can be used in aromatherapy for its anti-spasmodic qualities to reduce aches and pains. Black pepper is also believed to stimulate the exocrine and endocrine systems.

Furthermore, it strengthens the mind and aids in the treatment of Epilepsy. When used through an aromatherapy diffuser, it helps reduce respiratory symptoms related to cough, cold, asthma and bronchitis.

Green peppercorns can be pickled in vinegar or brine. This procedure is equally popular for preserving red peppercorns as well.

Besides, the active compound present in black pepper helps repel insects and mosquitoes. Inhaling black pepper oil is believed to reduce withdrawal symptoms that arise when you quit cigarette smoking. 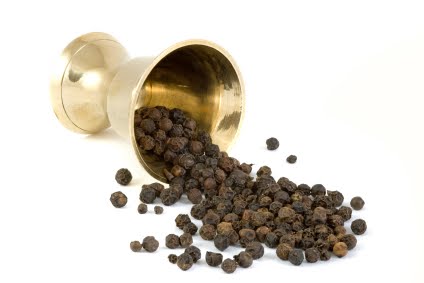 Those who are about to have an abdominal surgery are suggested to avoid pepper or Kali Mirch for a few weeks because it tends to cause irritation in the intestines. Besides, excessive use of this spice can stimulate the kidneys.

When using black pepper essential oil on skin, make sure it is mixed with any carrier oil, or else it may cause redness on skin. Moreover, this oil should not be used on varicose veins.

In addition, although Kali Mirch or black pepper benefits in the natural treatment of several ailments, it is suggested to limit the consumption of this warming herb during pregnancy.