You are here: Home / Herbs That Cure / Pomegranate Benefits

Delicious and refreshing pomegranate benefits health due to its potent disease-fighting antioxidants. It helps lower cholesterol and blood pressure. Plus, it is healthy for your heart. It is known as “the jewel of winter”.

Apart from the seeds of this fruit, the rind, flowers, root bark, and stem bark of pomegranate also have medicinal properties.

The rind, root or bark, however, should not be consumed in excess because they contain potentially toxic substances.

Pomegranate seeds are included in certain cuisines, particularly Indian, Middle Eastern, and Iranian. The fruit has a pleasant yet tangy taste. It is also grown as an ornamental plant in gardens. 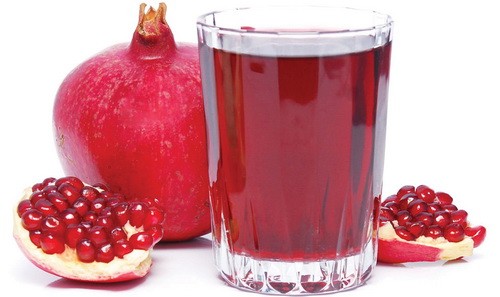 Pomegranate originated in the Iranian Plateau and the Himalayas. It belongs to the Lythraceae family. There are over 160 varieties of this remarkable fruit.

It reduces bad cholesterol (LDL), increases oxygen levels to the heart and prevents the buildup of plaque in the arteries. Thus, pomegranate protects against heart disease.

Besides, it is useful in increasing immunity and curing ailments like anemia, hemorrhoids, chronic bronchitis, leukorrhea, etc.

Pomegranate reduces the risk of developing prostate cancer as it lowers the level of antigens (PSAs) in the body. Plus, pomegranate juice fights against breast cancer cells.

Though not proven completely still, it is believed that consuming pomegranate juice over a period of time may help in curing erectile dysfunction. Another benefit of pomegranate is that it protects the neonatal brain when the juice is taken during pregnancy.

In terms of nutrition, it is rich in vitamin A, vitamin C, vitamin E, vitamin K, iron, potassium, magnesium, calcium, tannins, and alkaloids.

Apart from having organic pomegranate fruit and juice, you can buy its extract or seed oil (for skin) to derive the various benefits of pomegranate.

Interestingly, breaking a pomegranate on the ground at a wedding is considered as a symbol of fertility in Greek tradition.

Moreover, this fruit was known as the “fruit of the dead” as per Ancient Greek mythology. It has also been used in certain religious paintings.

Although pomegranate benefits in providing relief from various diseases, it tends to interfere with certain medications, especially blood thinners.

Excessive consumption of this fruit or its juice can give rise to constipation. Frequent intake of pomegranate rind can cause nausea, vomiting and upset stomach.