Hepatitis can be caused by viral infection or health problems that tend to damage the liver. Scientists have identified five types of hepatitis virus by now.

They are Hepatitis A, B, C, D, and E. These viruses spread by slightly different means and cause a different type of hepatitis. 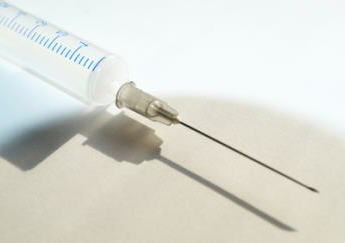 Non-infectious hepatitis can be caused by conditions like metabolic disorder, alcohol abuse, and certain medications that are harmful for the liver. Obesity, too, may contribute in causing fatty liver hepatitis or steatohepatitis.

When not controlled in time and left untreated, it is likely to progress to cirhossis of the liver, liver failure, and cancer. Furthermore, Hepatitis A, Hepatitis B, and Hepatitis C are considered the most damaging.

Hepatitis B, in particular, is highly infectious and most common, particularly in Southeast Asia, Middle and Far East, and Southern Europe.

An individual may also have more than one type of virus at a time. Hepatitis C, too, is extremely common. In fact, it is estimated that almost three to four million people are infected with this disease every year.

HAV is present in the feces of an infected individual. It is most common in areas with poor sanitation and sewage infrastructure. The disease may spread through food or drinking water contaminated with infected stool.

It is also classified as a sexually transmitted disease (anal-oral contact). The incubation period for Hepatitis A ranges between 15 to 45 days. The condition is characterized by the following signs and symptoms:

As the symptoms are not too severe, they are likely to be ignored. In fact, they may go away on their own over a period of time. More often than not, the symptoms last for two to six months.

This infection may be prevented by getting vaccinated for Hepatitis A. Besides, in case you have been exposed to the virus, you may opt for immunoglobulin therapy within two weeks.

HBV is spread through contact with contaminated blood, semen, saliva, vaginal fluids, and other body fluids.

It can be transmitted through contaminated blood transfusion, sharing needles, syringes, etc. while injecting drugs, sexual intercourse with an affected individual, and so on.

Besides, contaminated blood may be present on razor, toothbrush, tweezers, and other personal belongings of a person infected with HBV.

Moreover, an infected mother can transmit the disease to her baby during delivery. Thus, it is essential to get the baby vaccinated. The virus is not usually spread through social contact, though.

Symptoms of Hepatitis B are similar to that of Hepatitis A, but are more likely to cause long-term illness. The incubation period for Hepatitis B varies from 30 to 180 days.

HBV can be removed from a surface by cleaning it with a solution of one part of household bleach and ten parts of water.

Hepatitis C does not cause any symptoms in most cases. Nonetheless, it may give rise to mild symptoms in the form of fatigue, decreased appetite, weight loss, concentration problem, anxiety, nausea, flu-like symptoms, joint pain, abdominal pain, dark yellow urine, grey stools, and alcohol intolerance.

The virus is spread through blood, for instance, by transfusion of blood, blood products, organ transplants, and sharing contaminated syringes and improperly sterilized equipment while taking injection drugs or performing body piercings. Moreover, healthcare workers are susceptible to this problem due to needle-stick injuries.

Though not common, it may also be sexually transmitted or sharing personal belongings like razor, toothbrush, containers for mixing drugs, etc. contaminated with blood.

Similarly, an infant born to an HCV infected mother may develop the infection, but this is quite rare (6%). Breastfeeding, though is considered safe, unless the mother has cracked and bleeding nipples.

However, Hepatitis C is not spread through kissing, hugging, or shaking hands with an affected individual. The incubation period for this virus is two weeks to six months. There is no vaccination available for HCV infection.

It is also known as Delta Hepatitis. As this virus functions with the help of Hepatitis B virus, it HDV is more common in those who are already infected with HBV.

It is transmitted through blood, saliva, semen, and other body fluids. Incubation period for Hepatitis D is about two to six weeks. It is usually more severe than other types of Hepatitis virus.

This virus is mostly spread through fecal contaminated food and drinking water. In addition, it can be transmitted through blood products or through animals. The incubation period ranges between three to eight weeks.

More often than not, it occurs as a self-limiting infection that tends to resolve within four to six weeks. However, in rare cases, it may cause fulminant hepatitis or acute liver failure and even death. Fulminant hepatitis is more common during pregnancy.